The Crown of Aragon A Singular Mediterranean Empire 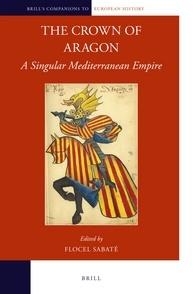 THE CROWN OF ARAGON. A SINGULAR MEDIEVAL EMPIRE.

The book recovers the history of an empire which was of great importance in the late medieval Mediterranean, but which has since been relegated almost to oblivion by the course of history. The Crown of Aragon was a Mediterranean crossroads: between west and east for the economy, and between north and south for culture and religion, drawing in many different peoples, covering Iberia to Greece. A new vision of the Crown of Aragon as a framework of overlapping identities facilitates its historiographical recovery, showcased in the chapters of this volume which analyse the economy, institutions, social evolution, political strategy and cultural expression in literature and art of the Crown of Aragon.

Available the contibutions by I. Grifoll and L. Badia.